Our college is managed by Sri Kasimutt. The mutt was founded by Sri Kumaraguruparar. Kumaraguruparar born about three hundred and fifty years ago at Srivaikuntam, near Thiruchendur. His parents who were ardent devotees of Lord Muruha at Thiruchendur, were childless for long. Kumaraguruparar was born to them as a result of their fervent prayers to Muruha. The child did not speak until he was about five years old. The intensive faith of the parents in the Lord's grace and their continued prayers to Him yielded results. At the age of five, when on a visit to the shrine at Thiruchendur, the child not only started speaking but also sang, extemporarily, a song of a classical type, known as Kandar Kalivenba in adoration of Lord Muruha (Skanda). Kumaraguruparar thus came to be first the world as a born-poet and a child graced by the Divinity.
After Sankara, Kumaraguruparar was perhaps the next great Sanyasin who, impelled by a sense of service, travelled to the north of our country far away from the place of his birth in the far south, facing and overcoming advertisities. Of these two, Sankara's sphere of work was confined to religion and philosophy, whereas Kumaraguruparar's were not only these two but also included the sphere of social work in a society on the verge of degeneration and disintegration due to dissensions and discord among people owing allegiance to different faiths. In this sphere of work Kumaraguruparar's achievements were phenominal indeed.            Read More 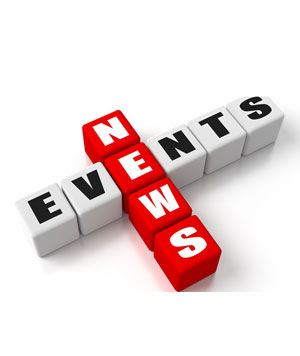 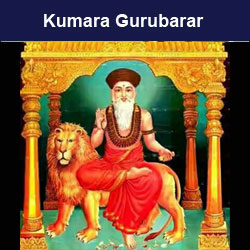 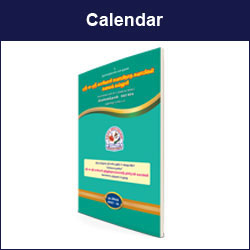 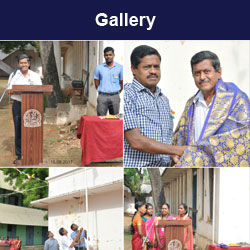 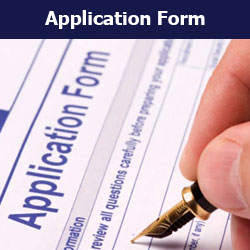